We are supported by our audience. When you purchase through links on our site, we may earn an affiliate commission. Learn more 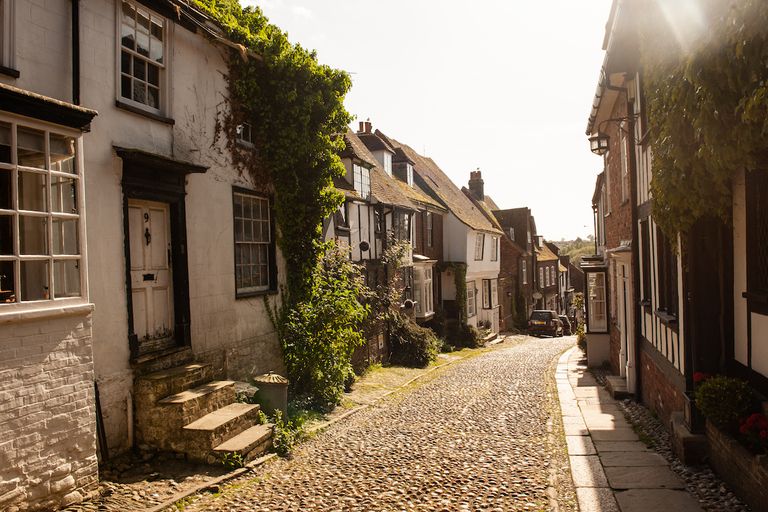 The UK is one of the most photogenic destinations in the world. Sometimes you don't quite appreciate the beauty until you fly home from a holiday, descending over rolling hills and patchworks of fields separated by pretty streams, winding lanes and rustling hedgerows. As far as natural beauty goes, we think there's nowhere in the world quite like it.

But are you making the most of what this country has to offer? You may have already been dragged to Stonehenge as a child, or gone surfing in Cornwall as a teen, maybe even had a few grown up country weekends pottering around Petworth or jogging along the Jurassic coast. But you ain't seen nothing yet – we're certain there are still lots of gorgeous hidden places worthy of a visit, all within a short drive away.

So forget that oh-so-predictable hotdog leg poolside shot or the obligatory selfie at a tourist hotspot, plan this summer’s adventures based on some of the most stunning (and Instagrammable) spots this country has to offer. No filter necessary.

Despite being described as“the most beautiful village in England” by William Morris in the 1800s, and Henry Ford so taken with it he wanted to dismantle it to rebuild brick-by-brick in Michigan, Bibury is not a destination we see filling our social feeds.

An undisputed jewel in the Cotswolds crown, one of the standout features of this countryside town is Arlington Row, which once featured inside the front cover of UK passports. Nearby Bampton doubled as the backdrop for Downton Abbey, and if it’s good enough for the Earl of Grantham…

From its bright white windmill to the cobbled streets that spill out around its charming churchyard and down the hill to the marshes, Rye is prettiness personified.Climb the St. Mary's Parish Church tower or the Ypres Tower to capture the terracotta cottage rooftops of the seaside town or, wander to the top of any number of the winding cobbled streets for a jaw-dropping shot of traditional English cottages.

If it’s the floral trend you’re after, Sissinghurst Castle Garden, where “only the beautiful, the pungent and the elegant are allowed” is the backdrop for you (Adam Nicolson, owners Vita and Harold's grandson, was referring to the plants in the herb garden, of course).

Wind back the clock in Clovelly, Devon, where cars are banned from the quaint cobbled high street that winds its way down the steep hillside to the ancient harbour.

Park at the top of the hill before making a leisurely descent through the traditional whitewashed cottages. The village is built in a cleft of a steep cliff, surrounded by dense woodlands sloping down to the sea. The narrow lanes are lined with white washed cottages each adorned with colorful window boxes. Donkeys carry goods up the hills and sledges bring them down but wherever you are there are breathtaking views of the sea.

Often referred to as ‘the prettiest village in England’, Castle Combe in the Wiltshire Cotswolds is one of the most beautiful and authentic villages,nestled on the edge of the Bybrook River.Dating back hundreds of years, this is another village that time forgot – the perfect place to escape the stresses of modern life for a few days.

Its small pretty streets are lined with quintessential Cotswolds stone-wall cottages and its quaint beauty has attracted the attention of the silver screen. The village has starred in both Stardust (2007) and Steven Spielberg’s Oscar-nominated War Horse (2011).

One glance at this Instagram video and you'd be forgiven for thinking it was taken in Greece, Portugal or somewhere even more exotic. With dramatic cliffs, white sand beaches and crystal clear waters, Mousehole isno doubt one of the prettiest villages in Cornwall.

Look up #snowshills on Instagram and you'll see a sea of idyllic lavender fields akin to those in France. And that's just one of the many unspoiled charms of this pretty Cotswolds village in Gloucestershire.

The town itself is a cluster of typical honey-stone cottages, with a beautiful Victorian church and pretty cafes and boutique shops.

Upper Swell is a classic Cotswolds huddle of traditional golden stone cottages, with a significant 12th century Norman church and a river running through it. The small, quaint hamlet lies near the town of Stow-on-the-Wold, in the Dikler Valley, providing a plethora of walking and biking routes through the surrounding countryside.

This picturesque village on the edge of a harbour was voted the prettiest village in Cornwall – which is easy to understand with its jumble of ancient fishermen’s houses clinging to steep hillsides around a petite, postcard-perfect harbor.

Quirky shops and great seafood restaurants stand side by side along its narrow, traffic-free streets, and coastal footpaths provide spectacular views and access to wonderful beaches.Meander through the narrow lanes, see the unique and sometimes weird stores, take a boat trip out to one of the nearby islands and stop for a drink in one of the small pubs. Walk along the coast or along the river estuary which runs through the village for a particularly scenic walk.

Explore more of the English countryside on the Rabbie’s two-day The Cotswolds, Bath and Oxford tour, departing from London, priced from £89 per person.